The 'Rock' in Hard Rock Cafe 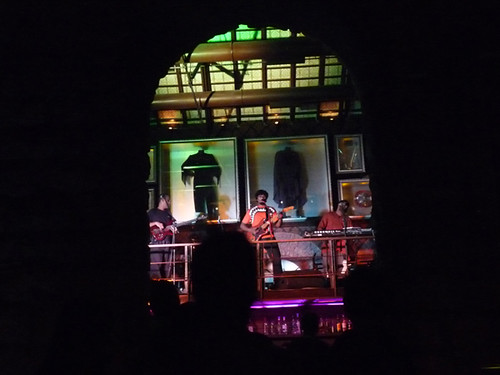 Never has a Hard Rock Cafe gig sounded so delicious (loud, yes, but good) and not in a long time has TAAQ played its four-chambered heart out like it did on Thursday night at Bangalore. And I say this as a very disgruntled photographer who found the lighting, the cross-beams and the fat railings thwarting the remotest photographic possibility. The one thing that made my night was the way these guys played, and the way the gig sounded.

There was talk of a “new PA” and the boys sounded very excited about it. But I know at least three HRCs in India to be notorious for their acoustics — for the most part, they are hollow, sepulchral places and the stages (except in Pune) are placed where most people wouldn’t care to notice the band. Which means the band usually must make most of the effort to get itself noticed. 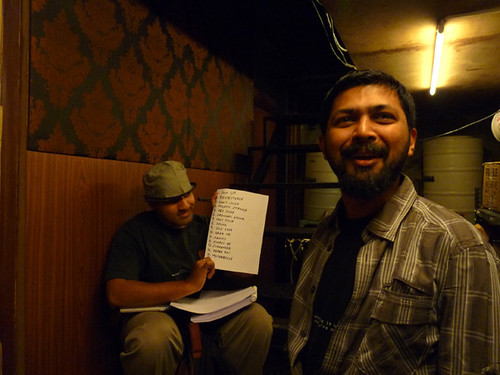 I didn’t pay much heed to Shut Up, but right from Respectable, the quality of the sound was very impressive. Actually, that nice lush sound was a pleasant surprise and I had to keep pinching the next guy (a very unlucky Umesh) to convince myself that it wasn’t my uncharacteristic sobriety that was making me hear things.

Tripping over a very drunk couple who first tripped on the music, then on each other and then sprayed the floor with fragrant bile, I craned my neck for a decent angle and finding none, resolved to wait it out and listen to the gig for a change. A very smart decision, in the end. 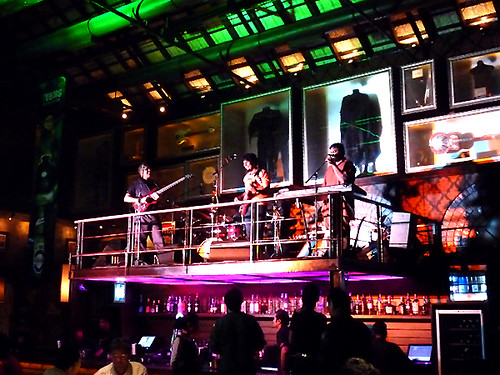 There were heartbeats of an old TAAQ magic — some impromptu, loosening-up jams and evidence of visible on-stage chemistry especially from the freshly recuperated Rudolph David. Won’t Stop and Mighty Strange were followed up by a slightly muscular version of Hey Jude. Ordinary Affair was tight and Holy Jose had an extra smack of la-di-da from Jason. My favourites from the evening were Drunk and Grab Me.